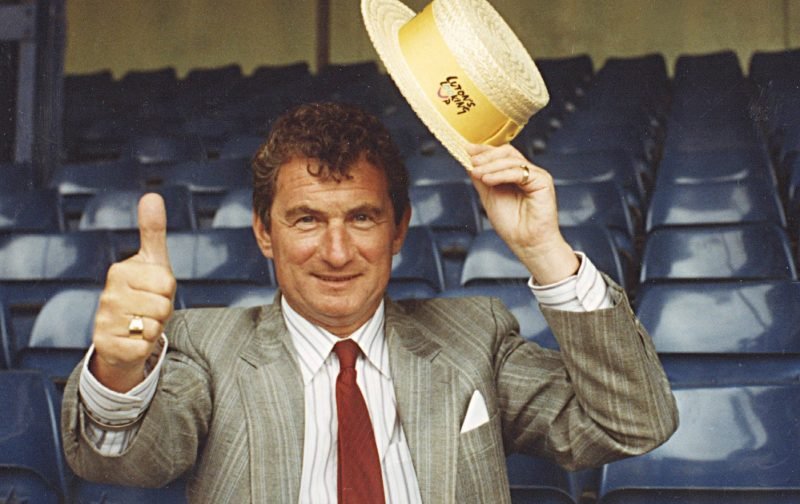 As a shift worker, one that has to work 5×12 hour shifts, the last forty-eight hours have been surreal, to say the least.

Anyone who has worked such a shift pattern appreciates the need for a decent nights’ kip, something that just wasn’t going to happen with the storm raging around us on Saturday night / Sunday morning.

Thankfully, Sunday was my last shift before a break, and I managed to get through it somehow.

But, returning to Saturday night and the wind doing its best to keep me awake most of the night, fearful that bits of my house was going to be blown away, I had some strange thoughts.

With Luton’s situation at the foot of the Championship becoming direr by the day and relegation not looking like a possibility but more of a formality, my mind went into overdrive.

Now, at some time in our lives we’ve all had thoughts on how we’d, given the chance, manage a football team and we’ve all, also, indulged in dabbling with the odd fantasy football scenario, but my mind took things a little further.

With er’indoors fast asleep, I had these thoughts relating to improving the squad with the addition of three stars, but stars that have previously been associated with the Hatters.

I mulled over whether I could stave off relegation by bringing in replacements in any of the following positions:

But the more I thought about it, the more it became difficult to make my mind up. Who out of the array of talent that has graced our club would I choose?

After what seemed like hours and with the storm still raging outside, I finally decided that my preferred options would be to bring in a midfield general, a forward and change the occupant of the managerial hot seat.

In midfield, I opted to bring in Brian Horton, not the most skilful of players but a player who would inject those leadership and motivational skills we so lack at the moment.

Up front, after much deliberation, I opted for Mick Harford, a player who appreciates just what this club means to the supporters, another fighter who’d never give in and someone who knows how to stick the ball in the back of the net.

My final choice, to change the manager, was perhaps the easiest, I can’t help thinking that Graeme Jones has had his chance but is desperately out of his depth and there’s this nagging suspicion he’s unable to motivate the side and is slowly losing the dressing-room. Therefore, I’d bring in David Pleat (in his prime), Pleat knows all about staving off relegation, who’ll ever forget that wonderful moment at Maine Road when he danced a jig of delight, across the pitch, after a goal from Raddy Antic ensured the Hatters remained a top-flight club, days that now seem an age ago.

Therefore, in summary, in the midst of the worst storm this country has faced for several years, I chose

As the trio to stand firm next to me in the trenches and resume that relegation fight.

But which trio would you choose?

Please feel free to drop your choice into the comment facility beneath this article and we’ll see which way this weird scenario takes us!