After taking just one point out of the last six, losing at home to Reading and then drawing with Barnsley, hopes that the Hatters could retain their Championship status nose-dived.

But, in this strange game of ours, nothing should be taken for granted and a fine away win against Huddersfield Town, allied with our relegation rivals having poor results on Saturday, has seen those hopes of the Hatters staving off relegation increasing.

On Tuesday evening, in yet another behind-closed-doors fixture, Luton take on a Queens Park Rangers side who have struggled for form since the resumption of the 2019 / 2020 season following the COVID-19 driven suspension.

In the five games the West London side have played, they’ve won just the one and lost the other four, the latest defeat being a home loss against Sheffield Wednesday.

But while Queens Park Rangers are not in any imminent danger of being sucked into the relegation pack, having already accumulated 53 points an analysis of their season shows that they’ve conceded a staggering 70 goals with only Luton (79) and Hull City (75) having let in more.

Could the Hatters attack benefit from what appears to be a leaky QPR defence?

Of course, much will depend on the Hatters own defence, against Leeds United and Huddersfield, both away games, they performed admirably, but against Reading, at home, it was the complete opposite.

With just three games left there is no margin for error, anything other than a win, against QPR, will see the Hatters survival hopes diminish.

Are the Hatters up to the task?

Is a win on the cards as the relegation battle enters its latter stages?

Let’s just wait and see shall, we? 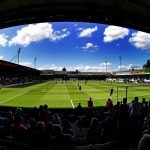 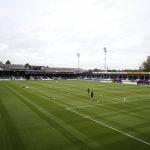 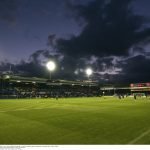